All of our music videos are available on our youtube-channel:

Captain Black Beard made their live debut in Stockholm, Sweden on the 31st of October 2009 and released their self titled album in May of 2011. Hailed in the press all over the world it was named one of the "albums of the year...” by legendary journalist Geoff Barton of Classic Rock Magazine.

After shows in America and UK, most of 2013 was spent working on the second album "Before Plastic" which was released in May 2014. The band also made a return to the UK playing the Hard Rock Hell festival and opening for Graham Bonnet (Rainbow, MSG). This album also got great reviews and featured a guest appearance by Bruce Kulick (KISS, Grand Funk Railroad).
In February 2015 Captain Black Beard entered the studio with producer Chips Kiesbye (Hellacopters, Bonafide). They also toured Scandinavia as the support act to Joe Lynn Turner (Rainbow, Yngwie Malmsteen), Robin Beck and House Of Lords. “It's A Mouthful" was released in March 2016 and the tour started with a comeback to the Hard Rock Hell festival as well as - again - supporting Joe Lynn Turner. By the end of the year the band amicably parted ways with singer Sakaria Björklund.

In 2017 a ”new” Captain Black Beard entered the studio to record with producer Jona Tee (keyboardist in H.E.A.T) and in April 2018, "Struck By Lightning" was released to rave reviews. This line-up would however be short lived and tour dates following the release featured the amazing Linnea Vikström (Therion) as a temporary lead vocalist.
In early 2019 the band brought in singer Martin Holsner for a co-headlining tour throughout Germany with Osukaru and started to work on a new album with producer Dave Dalone (guitarist in H.E.A.T) which led to the band completely reinventing themselves in time for their 10th anniversary.

Following a bombastic start of 2020 supporting Geoff Tate on tour, Captain Black Beard are proud to bring out their “Sonic Forces” this coming April. 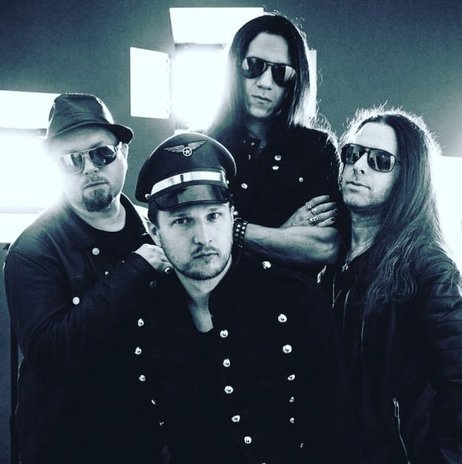